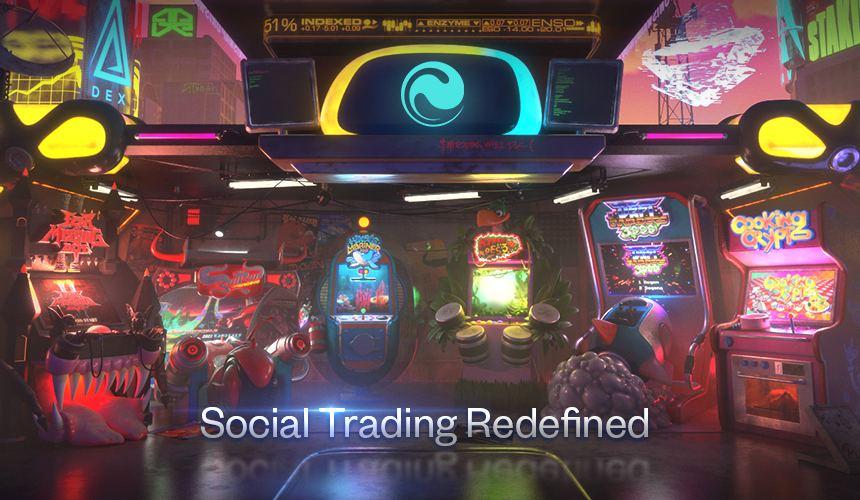 Enso Finance, the social strategy creation platform for DeFi users, has announced an ambitious plan to bootstrap liquidity on its new platform with a simultaneous vampire attack on six protocols. For each of the ‘Gen 1.0’ protocols targeted by Enso, there will be an Enso Arcade section guiding users through the migration.

The first and most notable historic example of a vampire attack was Sushi. During its initial weeks of existence, liquidity mining could be done only with Uniswap’s LP tokens. After a few days the platform would’ve then redeemed the liquidity and put it into Sushi, completing the vampire attack. Enso’s strategy is similar, but more technically complex as it’s not a fork of any of the protocols it’s targeting. This helps showcase the composability of Enso, a platform that allows anyone to create custom indices, sets or strategies, which puts it well above the technical capabilities of its older peers. Any strategy deployed on other protocols can be replicated with even more features on Enso by its community.

In order to create such an ecosystem, Enso cannot simply count on innovative technology, as it also relies on social engagement. With this innovative liquidity bootstrapping method, Enso can attract devoted experts from the field of passive indices and strategies to its new ecosystem.

The Vampire Attack has targeted six protocols: Token Sets, Index Coop, Indexed, PieDAO, dHedge and PowerPool. Starting from the day of Enso Arcade’s launch, users are going to be able to migrate their Strategies, Sets and Indexes (or to buy them through a built-in exchange support with Sushi and UniV2/V3) with a few simple clicks.

Early adopters are going to be compensated for their gas expenses for migration by Enso. Beyond that, users are going to be rewarded with Enso’s NFTs. These collectibles, which also contain hidden gems, need to be claimed as soon as users start staking and before the beginning of the migration. Migrators will also be rewarded with Enso native tokens after the “attack” is complete.

The potential TVL that could migrate is $1.05 billion, though stakers could choose to supply fresh assets to these protocols. However, the migration’s duration is limited and does not have a public deadline.

“Liquidity is the fuel that powers DeFi and it is the essence of Enso’s platform,” says Connor Howe, co-founder of Enso. “We want to show the community just how innovative we are, and there’s no better way of doing so than incentivizing existing users to migrate. This is the first time anyone’s attempting to attack six protocols at once, so we’re very anxious to get started!”

Enso Finance is a new DeFi tool that allows anyone to create permissionless trading strategies. It allows creating social metastrategies with batch asset purchasing, yield farming, liquidity mining, tolerance band rebalancing, restructuring, flash swaps, collateralization, and arbitrage. These tools can be used in a variety of settings, replacing the many existing yield aggregation platforms with just one.

Human-Driven AI Venture Humans.ai Prepares For Its IDO On Polkastarter