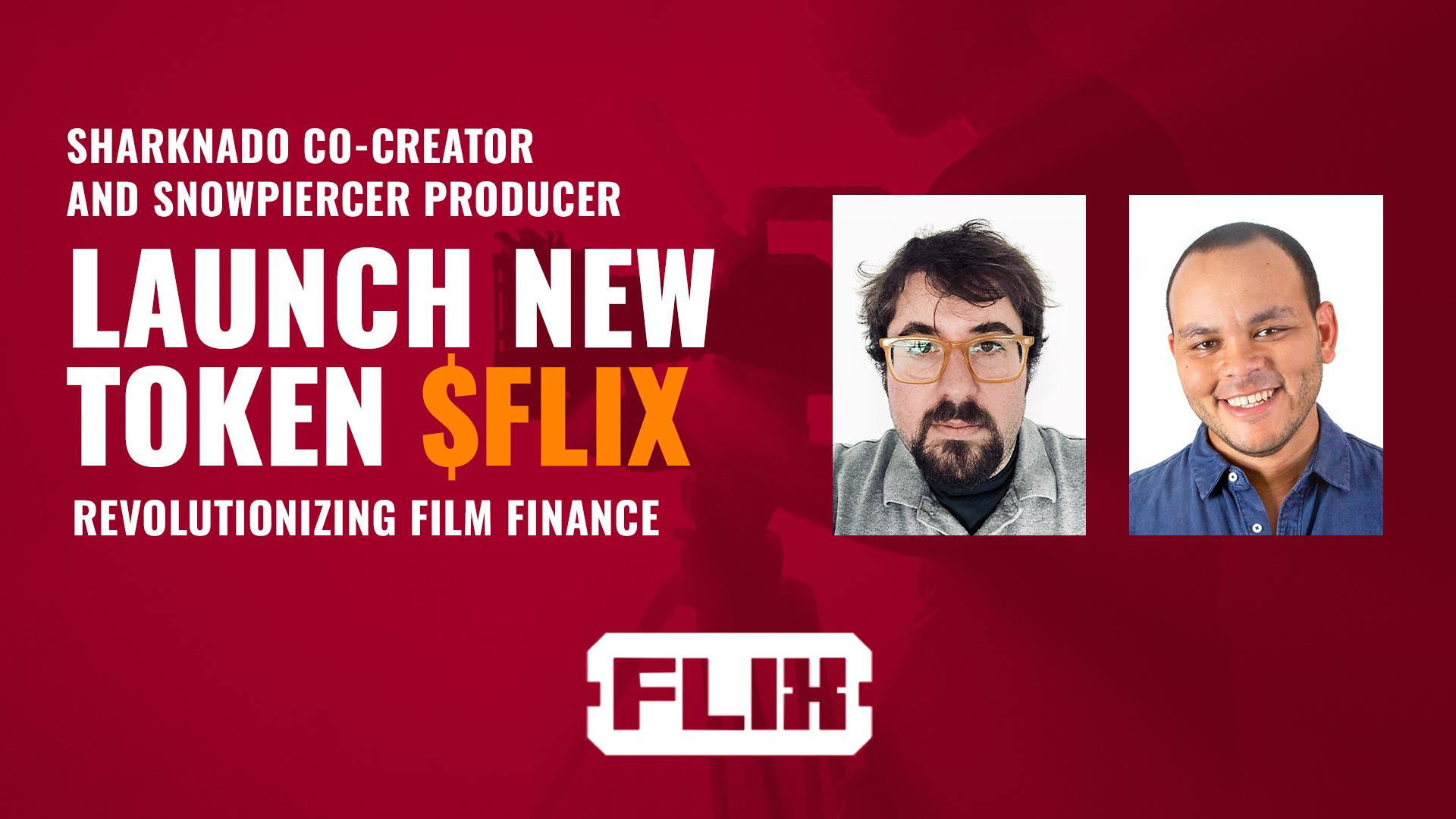 Their company American Meme will leverage $FLIX to raise capital for a slate of indie films that appeal to both film and crypto enthusiasts. A fee on each transaction goes directly to a “film wallet,” and the team has committed to investing 75% of film wallet funds in production and only 25% in marketing and publicity. Profits from film sales, distribution, and licensing will be used to buy back $FLIX, which will make the token deflationary, in order for its relative value to continually increase.

In addition, token holders will receive exclusive access to cast and crew chats, behind-the-scenes invites, votes on creative decisions, premiers and parties, and provide input on the film slate. The founders envision a growing, robust community of crypto and film enthusiasts who can invest in indie filmmaking both financially and creatively.

“Hollywood is once again evolving and the most powerful voices can come from outside the town. The filmmaking and crypto communities are incredibly engaged and powerful. We want their help in creating the next hit movie,” says co-founder Ben Rosenblatt, a producer of Snowpiercer, Star Wars and Star Trek films and series. “We want to foster the next great wave of popular, original independent cinema. We’re tired of corporate gatekeepers determining what movies get made. It’s time for a shift, and we think these new cryptocurrencies and blockchain technologies are the keys to shifting power back to the people through decentralized film finance.”

“There is limitless potential for what Web 3.0 technologies can bring to the entertainment industry,” says co-founder Micho Rutare, a veteran writer, director, and creative executive responsible for the Sharknado franchise. “We’re talking vertical, decentralized filmmaking. Our token holders help us decide what to make, help us finance projects, and get first access to all the rewards, all while holding an appreciating asset. This unlocks new forms of media distribution and more room for artistic freedom. We, collectively, can decide what gets made. That’s an incredibly exciting prospect compared to the current status quo.”

While their short-term goal is to increase awareness of the coin and their medium-term plan is to produce films seeded by $FLIX revenue, Rosenblatt and Rutare have a long-term vision for the token: to become the paramount medium of exchange for filmed entertainment transactions, both in the traditional theatrical business and also in the metaverse. Rosenblatt and Rutare believe this financial innovation will create a robust ancillary revenue stream for the industry, liberating filmmakers from the tyranny of the corporate bottom line.

The $FLIX token is now live and available for purchase on Uniswap. The next iteration of growth will use the initial funds to build a production slate and list the token on larger exchanges.

$FLIX is a cryptocurrency for filmmakers and movie lovers designed to revolutionize film financing. The filmmakers’ mission is to change how independent filmmaking is financed, produced, and distributed through new crypto and Web 3.0 technologies. For too long, Hollywood has been closed to outsiders. $FLIX champions independent film by raising capital, investing in novel ideas, and leveraging blockchain transactions to fund movie projects from its proprietary token.

Filmmaking and the token support each other by reinvesting the profits back into the currency to fund further projects. Our community of token holders supports each project by voting on aspects of each project. The novel approach to filmmaking flips the script on film finance, production, and distribution, fueled by new crypto and Web 3.0 innovation.

Ben Rosenblatt is a producer of films, series, and short media. Ben serves as an Executive Producer of the TNT/Netflix series, Snowpiercer, which is now in its fourth season, and The Alienist, for which he was Emmy nominated. Ben is also a producer on the forthcoming series Let The Right One In for Showtime and Tokyo Vice for HBO Max.  Previously, Ben spent six years at J.J. Abrams’ production company, Bad Robot, where he helped produce feature installments of the Star Wars, Star Trek, Mission: Impossible, and Cloverfield franchises.  Additionally, Ben has co-produced independent films Small Town Crime and Fatman, Paramount Animation’s Wonder Park, Google’s Youtube series Moon Shot, and has produced ads for Esurance, THX, and Win America Back…PAC, which Ben co-founded.  Ben lives in Los Angeles where he co-runs the production company American Meme.

Micho Rutare is a Los Angeles-based writer, director, and producer. While working as head of development at The Asylum, Micho oversaw the inception and development of the Sharknado movies, as well as over 100 other feature films, including DEAD 7, which he produced with Nick Carter of The Backstreet Boys. Micho has written, directed, and produced features and episodic content for Syfy, Lifetime, MTV, YouTube Red, and Sony Home Entertainment. Micho is a co-founder of the Win America Back…PAC and produced viral anti-Trump ads for the 2020 election. Micho is a Rwandan-American and a sixth-generation Michigander. Micho currently lives in Los Angeles where he co-runs the production company American Meme.

TRON Has a Record-Setting Month