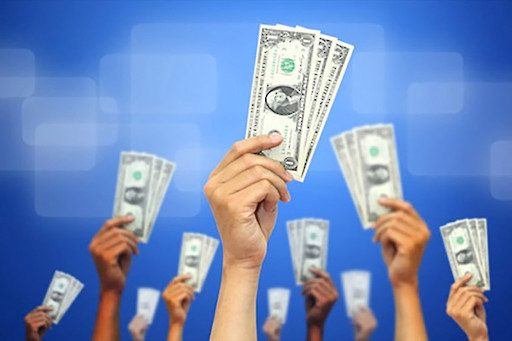 —  Realms of Ethernity, an upcoming MMORPG metaverse game on Polygon, has raised $5 million in a private token sale from Decentralised Investment Group (DIG) International, a Dubai-based investment firm. The investment comes on the heels of an earlier public pre-sale that raised over $5 million.

The investment was made into Realms of Ethernity’s RETH token, the governance and staking token for the metaverse. RETH holders will be able to govern the project’s treasury, disbursing grants and making key roadmap and product decisions. The token can be used to stake and receive a portion of the platform’s fees.

A public sale for RETH is planned for December 20 at 2 PM UTC, lasting for 72 hours until December 23. The combined funding will be devoted to vastly scaling up the team and building out an infrastructure to support millions of players for the AAA-grade MMORPG.

Realms of Ethernity is a Play-to-Earn MMORPG that is also a “meta-metaverse,” being both an exciting RPG game in itself, as well as a game-of-games hosting other metaverses. RoE will include other games’ metaverses by partnering or acquiring existing studios. The game aims to be AAA-grade and host millions of players. For these reasons, the team chose to use Polygon, a fast and scalable Ethereum Layer-two platform, as the blockchain layer.

The RoE world is filled with hundreds of quests, towns and dungeons, making it a real metaverse with all the elements of a vibrant in-game economy. Players can join PvE activities in quests and dungeons, where they’ll be risking their lives to obtain prized NFTs and gold coins. After raiding, they can head into the towns to trade with other players and play games like poker or blackjack.

Realms of Ethernity is developed by Blue Monster Games, an experienced blockchain game studio known for Kart Racing League. In addition to the private sale, DIG International is evaluating an investment into the studio.

“We’re excited to receive such massive support from DIG. It’s very uncommon to see individual funds closing entire rounds, so it’s a sure sign of their level of excitement and support for Realms of Ethernity,” said Joseph Rubin, Co-founder and CEO of Blue Monster Games. “The funding will be instrumental in turning RoE into a blockchain gaming blockbuster.”

We’re extremely excited to be backing this incredible project and team,” says Haydn Snape, the owner of Decentralised Investment Group. “Expanding our portfolio into blockchain gaming is the first step in a series of strategic moves that we will be making over the coming months.”

About Realms of Ethernity:
Realms of Ethernity (RoE) is a MMORPG game developed by Blue Monster Games, the makers of Kart Racing League. Built on Polygon, RoE is both an exciting virtual world of loot, land and PvP battles, as well as a “meta-metaverse” incorporating many other games into its rich ecosystem. The game is powered by the RETH governance token, which enables the community to take the reins of the project.

About Blue Monster Games:
Blue Monster Games Inc. is a Florida-based corporation dedicated to the development of video games utilizing NFT technology. These gaming projects are based on a play-to-earn model, meaning that players have the opportunity to earn money in-game.

Blue Monster is the maker of Kart Racing League, which features 3D NFT characters that can be used to play a kart racing game, earning rewards for every race they win. The team is also working on a number of different projects that will be announced over the coming months.

The First Polkadot Parachains Appeared On The Market