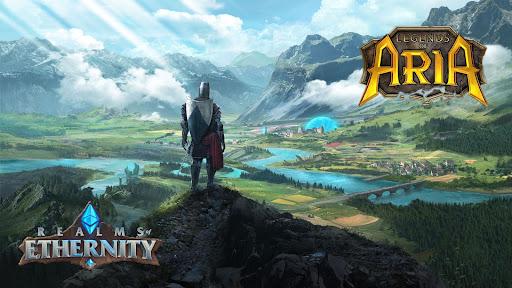 Blue Monster Games, the blockchain gaming studio behind Realms of Ethernity, has entered into an agreement to acquire renowned indie game developer Citadel Studios, the makers of Legends of Aria, a famous sandbox MMORPG game released in 2019.

The deal, once finalized, will see the Citadel Studios team join Blue Monster Games, with Citadel’s founder Derek Brinkmann joining as CTO. Derek will bring his wealth of 17 years of game development experience, starting from the days of Ultima Online in 2006, where he worked as lead developer for 6+ years and oversaw the release of a number of expansion packs.

Furthermore, Blue Monster Games will have full access to the source code of Citadel’s Shards Engine, a high-performance 3D engine optimized for MMORPGs and supporting thousands of players in a single virtual world. Developers can also program add-ons and mods to any Shards-based game using the Lua programming language, a powerful and popular choice for in-game scripting. Furthermore, Shards Engine includes ready-made systems for groups, guilds, crafting and skill systems, crucial to any RPG.

The acquisition will also mark the first time that an existing AAA game will be updated with blockchain and Web3 mechanics, thus “metaversifying” it with NFTs and token-based in-game currencies. Legends of Aria is expected to be the first entry to Realms of Ethernity’s “meta-metaverse” concept, and RETH holders will be given exclusive access to the soon-to-be-announced Legends of Aria’s IDO.

Realms of Ethernity is an MMO metaverse game where players can buy plots of land, boats, mounts and all kinds of other equipment needed for survival. RoE is a dangerous and lawless environment where players always risk losing their prized possessions. Players can join up in clans to protect themselves and even go on the offensive themselves, fighting with other clans for loot and glory.

Realms of Ethernity is powered by the RETH token, which offers governance power over the platform and grants exclusive rights to join in connected metaverses. RETH will have in-game utility, as well as be available for holders can stake and earn rewards.

“Realms of Ethernity isn’t just a regular metaverse game, it’s going to be the metaverse to eat the gaming world,” said Joseph Rubin, Co-Founder of Blue Monster Games. “Our acquisition of Citadel Studios is the first step towards that vision. We will bring metaverse elements to their existing games, which will then become a full part of the Realms of Ethernity metaverse! Expect to see many more of these kinds of acquisitions from us in the coming months.”

“We’re excited to join forces with Blue Monster Games to create the next generation of online games inside the BMG multiverse,” said Derek Brinkmann. “I founded Citadel Studios to allow gamers to create stories in authentic and living virtual worlds. Over these 8 years, we made history in bringing an original sandbox MMORPG to players and forged unforgettable memories and relationships with our players. I’m excited to be joining Blue Monster Games and taking this technology to the next level to bring living, breathing worlds to the metaverse.”

About Realms of Ethernity
Realms of Ethernity (RoE) is a MMORPG game developed by Blue Monster Games, the makers of Kart Racing League. Built on Polygon, RoE is both an exciting virtual world of loot, land and PvP battles, as well as a “meta-metaverse” incorporating many other games into its rich ecosystem. The game is powered by the RETH governance token, which enables the community to take the reins of the project.

About Blue Monster Games:
Blue Monster Games Inc. is a Florida-based corporation dedicated to the development of video games utilizing NFT technology. These gaming projects are based on a play-to-earn model, meaning that players have the opportunity to earn money in-game.

Blue Monster is the maker of Kart Racing League, which features 3D NFT characters that can be used to play a kart racing game, earning rewards for every race they win. The team is also working on a number of different projects that will be announced over the coming months.