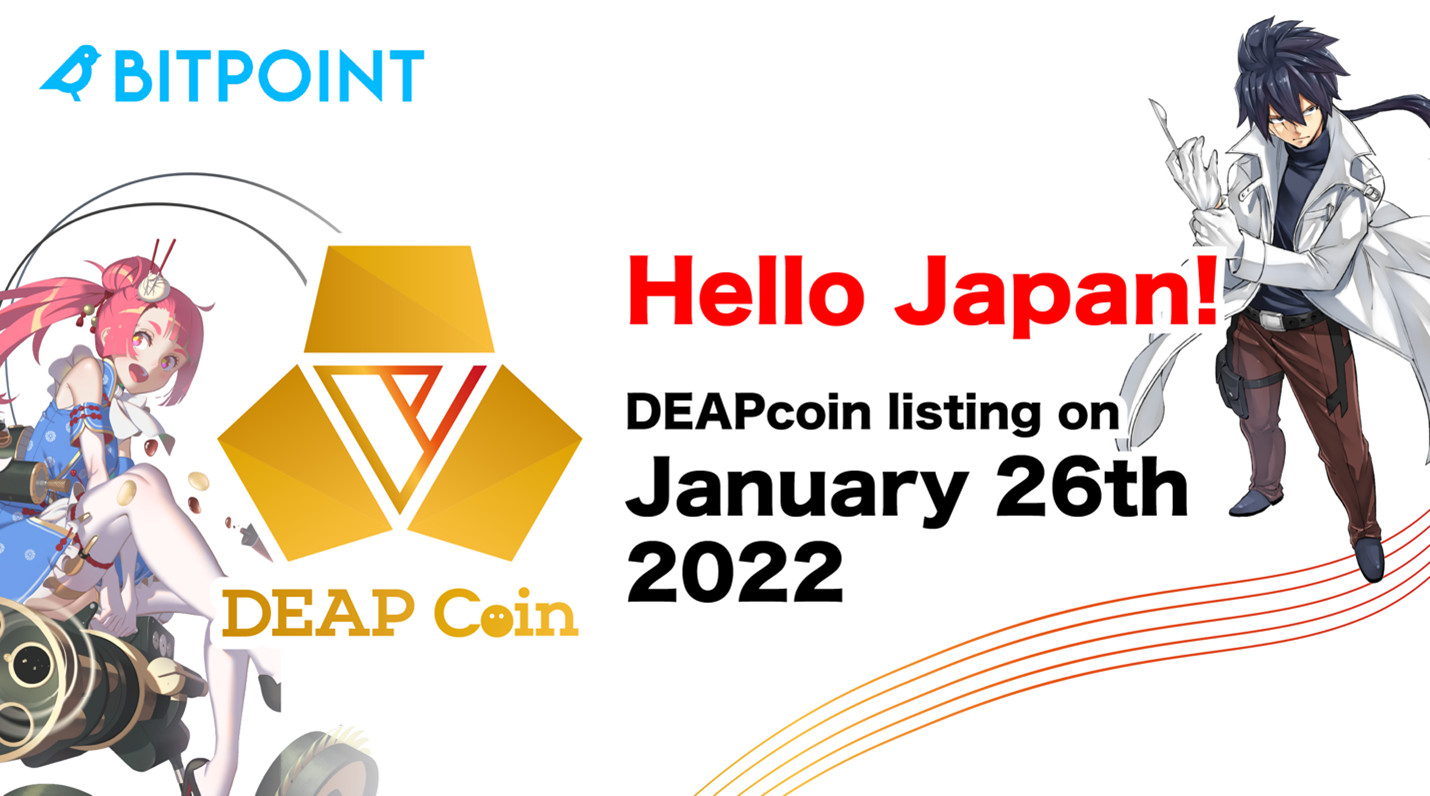 It brings play-to-earn games to Japan, one country leading in the adoption of web3 technologies. The listing allows people in Japan to buy DEP token and allows them to exchange them for Japanese yen easily, securely and safely.

It also brings a fast-rising niche of the web3 industry to the Japanese market, known for quickly adopting gaming niches and associated technologies. Gamers and fans can now enjoy the popular play-to-earn gaming model that has taken the blockchain gaming industry by storm.

Mr. Naohito Yoshida, CEO of DEA noted ” I have some good news for the people of Japan. I am happy to announce that DEAPcoin will become a familiar presence in Japan from January 26. We will continue to do our best. Since our founding in 2018, we have been developing our business mainly in Southeast Asia with the goal of “creating an era of playing and living”.

Yoshida continued, “Now we can finally make it happen in Japan! We invite you to experience the future of play-to-earn (P2E), Social Impact Guild, and Web3”.

Similarly, Mr. Genki Oda, President, and CEO, Remix Point Inc. BITPOINT’s parent company, stated in his comments, “We are happy and proud to be the first company in Japan to list DEAPcoin”. He also noted, “In 2021, the term “play-to-earn” has gradually gained recognition. Conventional games are “play-for-fun”, played purely for entertainment. The concept “play-to-earn” literally became the way to earn by playing the game, and in fact, it has spread across Asian countries realizing the world to earn their living through playing Crypto games. The listing of DEAPcoin, Japan’s first play-to-earn token, was made possible by our desire to make DEAPcoin known to as many people as possible.”

DEP is the first play-to-earn cryptocurrency token introduced in the Japanese cryptocurrency space. Players gain value and entertainment through the DEP token by playing DEA’s games.

With successful games that include JobTribes and Lucky Farmer, Digital Entertainment Asset Pte. Ltd. (DEA) has placed itself ahead of its peers and competitors by the token listing.

Gaming fans, players, and enthusiasts can access or exchange their DEP tokens via BITPOINT in Japan.

Blockchain gaming in Japan has never been this exciting!

DEA is a Singaporean company founded in August 2018. On April 8th, 2020, the company’s first developed cryptocurrency, DEAPcoin, got listed on the OKX cryptocurrency exchange. DEA also released its first game, JobTribes, a card trading battle game, as well as “NFT Marketplace by DEP”, a marketplace for trading NFTs.