TRON Announces its Support and Collaboration with WeFund 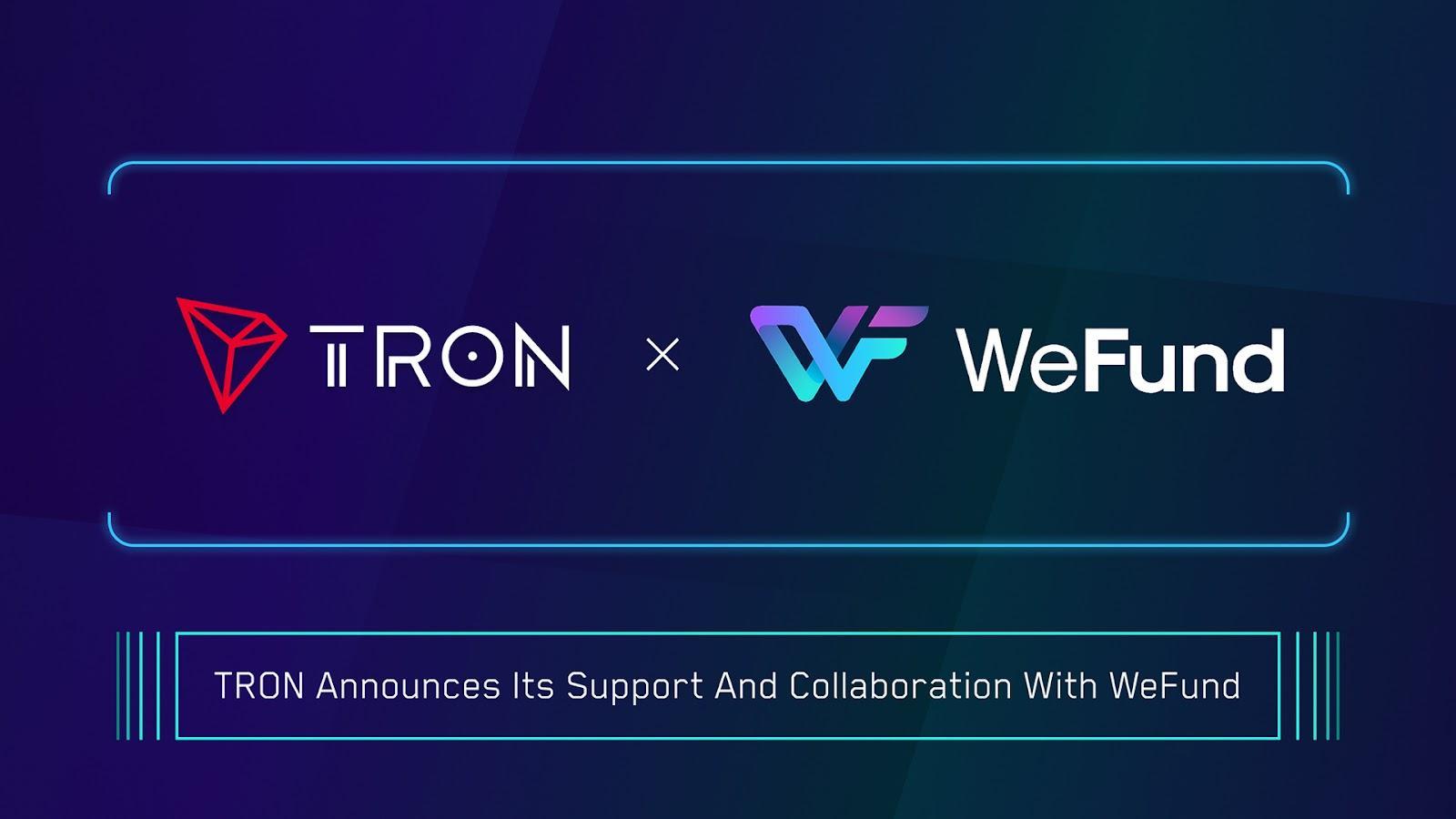 TRON has welcomed WeFund to collaborate with its ecosystem and reach a larger audience in the competitive dApp market.

WeFund will be operating in the TRON ecosystem providing crowdsourced launchpad and incubator alternatives for the community. WeFund’s platform will be able to support a wide range of ecosystems and projects as it evolves into a multichain system.

“We are eager to join forces and be a part of TRON’s movement to decentralize the web,” said Andrea Bello, CEO at WeFund. “Launching on TRON will expand WeFund’s reach, providing a wider variety of tools for growing projects and allowing communities to devote more of their resources to initiatives in areas they enjoy.”

What WeFund will bring to the TRON ecosystem

TRON is dedicated to accelerating the decentralization of the internet via blockchain technology and decentralized applications (dApps). Founded in September 2017 by H.E. Justin Sun, the TRON network has continued to deliver impressive achievements since MainNet launch in May 2018. July 2018 also marked the ecosystem integration of BitTorrent, a pioneer in decentralized Web3 services boasting over 100 million monthly active users. The TRON network has gained incredible traction in recent years. As of July 2022, it has over 102 million total user accounts on the blockchain, more than 3.5 billion total transactions, and over $10 billion in total value locked (TVL), as reported on TRONSCAN. In addition, TRON hosts the largest circulating supply of USD Tether (USDT) stablecoin across the globe, overtaking USDT on Ethereum since April 2021. The TRON network completed full decentralization in December 2021 and is now a community-governed DAO. Most recently, the over-collateralized decentralized stablecoin USDD was launched on the TRON blockchain, backed by the first-ever crypto reserve for the blockchain industry – TRON DAO Reserve, marking TRON’s official entry into decentralized stablecoins.

WeFund is a multichain community crowdfunding incubator for blockchain and real-world projects. WeFund can incubate and crowdfund diverse blockchain and real-world projects, bridging the gap between the real world and blockchain. In addition to this, WeFund is being developed to be a 360-degree incubation service for projects hosted on the WeFund platform through support and guidance before, during, and after funding has been completed.

Polkadot ecosystem represented in Paris during EthCC at ParisDot.comm event