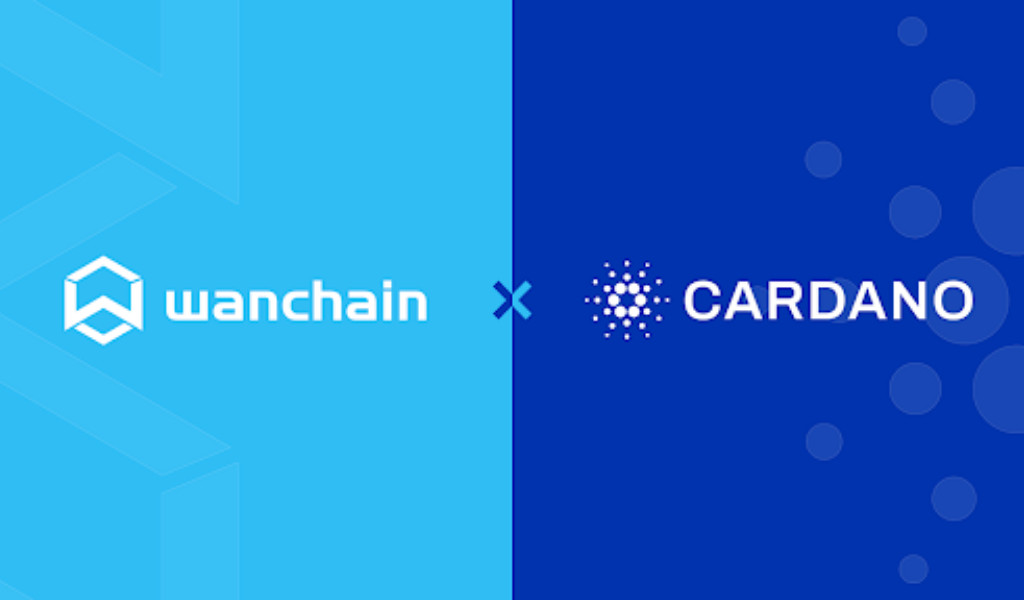 — Wanchain and Cardano’s Input Output are collaborating on enabling interoperability between the Cardano mainnet, Cardano sidechains, and other blockchain networks. These efforts will see the teams deploy decentralised, non-custodial, bi-directional crosschain bridges connecting Cardano to other Layer 1 blockchains. Wanchain bridge nodes will also be upgraded to peg the Wanchain and Cardano networks to further secure Cardano’s crosschain bridges and transactions. In other words, Wanchain will become an EVM-compatible sidechain to Cardano.

Wanchain is both a sustainable Layer 1 PoS blockchain and a decentralised blockchain interoperability solution. The Wanchain Layer 1 PoS blockchain is a full Ethereum-like environment that works with industry standard Ethereum tools, DAPPs and protocols. Wanchain bridges are decentralised, direct, non-custodial bridges that connect both EVM and non-EVM networks without requiring any relay chains or intermediary networks. These bridges use a combination of Secure Multiparty Computation (sMPC) and Shamir’s Secret Sharing to secure crosschain assets.

Wanchain bridges currently connect more than 15 Layer 1 and Layer 2 networks. The addition of Cardano to this wide area network of blockchains connects the Cardano network to other DeFi and Web3 ecosystems, increasing both the possible use cases for ADA holders on other chains and paving the way for BTC, ETH, DOT, WAN, XRP and other coins to be used in Cardano’s own Dapp ecosystem.

By turning Wanchain into an EVM-compatible sidechain to Cardano, Cardano Dapp developers and users gain access to more coding languages, frameworks and integrated developer environments. Furthermore, not only does this novel approach maximise the security of Cardano’s interoperability solution, it also doubles as a scalability solution. Transactions can now safely be moved off of Cardano, recording only the vital information on the Layer 1 blockchain to ensure security and immutability.

The sidechain approach also heralds a new era for Cardano, which can now transition into a fully-fledged multi-chain ecosystem with greater security and scalability than other networks. This is just the beginning of collaboration between Wanchain and Input Output.

“Interoperability is one of the driving forces behind the Cardano blockchain, and as such the Cardano ecosystem will continue to grow. Crosschain bridges are one aspect of this strategy, and Wanchain’s secure infrastructure brings a valuable new contributor into the ecosystem”, said Dynal Patel, Chief Product Officer of IO Global. “Wanchain will provide added utility to the Cardano community, allowing users to interact with DeFi applications on a number of networks, and take advantage of the expanding ecosystem.”

“We are excited to support Input Output’s work in building this Cardano interoperability solution,” said Li Ni, VP of Business Development and Operations at Wanchain. “We believe in the importance of decentralisation and have a clear vision of a future where the global blockchain landscape behaves as a beautiful, singular, interoperable network. This is another important step in that direction.”

About Input Output
Founded in 2015 by Charles Hoskinson and Jeremy Wood, Input Output is one of the world’s pre-eminent blockchain infrastructure research and engineering companies. The company builds high-assurance blockchain infrastructure solutions for public, private sector and government clients. It is also the driving force behind the decentralised smart contract platform, Cardano.

The government of Panama has begun regulating cryptocurrencies