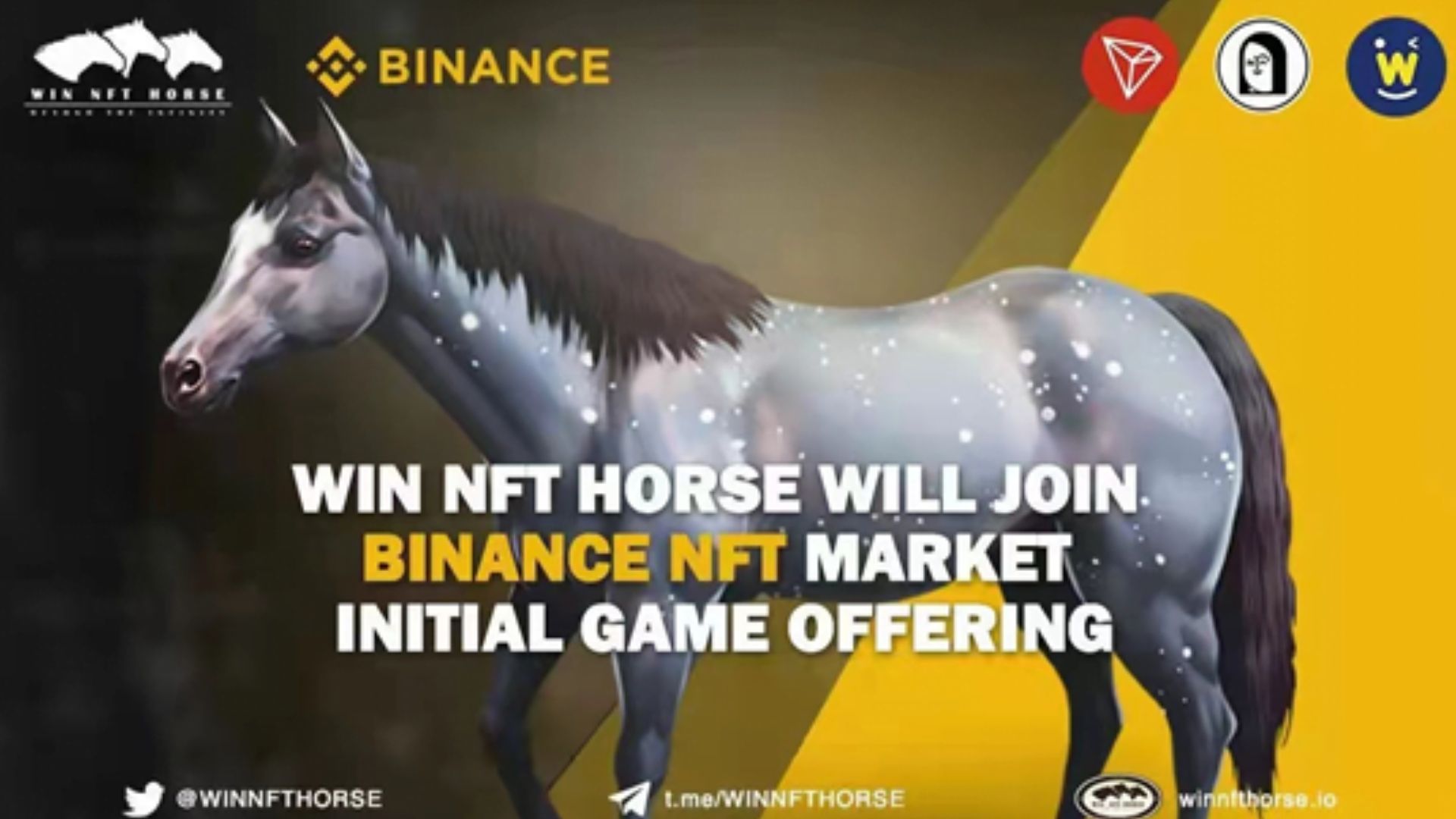 Justin Sun, who previously said that he would go all-in on GameFi, is back in the spotlight with WIN NFT HORSE.

On October 31, WIN NFT HORSE announced via Twitter that they would launch the first IGO through blind box sales in collaboration with Biance NFT. The following three weeks will see an intensive marketing campaign focused on community growth.

WIN NFT HORSE is a “GameFi + NFT” game developed by TRON, APENFT Foundation, and WinkLink. The horse racing-themed game is also the TRON ecosystem’s first GameFi project. By investing in this new project on Binance NFT, users can gain access to quality NFT horse racing assets at a lower cost, and WIN NFT HORSE can increase its value and liquidity based on Binance’s solid ecosystem.

Aside from the standard “Play to Earn” gameplay, WIN NFT HORSE has added additional mechanisms that allow players to profit while playing. In battles, players can earn NFT rewards, and those who make it to the top of the leaderboard will be rewarded with WIN tokens worth up to $5,000 as season rewards. In addition, by completing various tasks throughout the game, players who participate in the daily campaigns can earn valuable rewards.

It doesn’t end there, though. To ensure the healthy and stable operation of the in-game economic system, WIN NFT HORSE devised a token burning mechanism in which half of the TRX earned by the project team is used to buy back NFT and the other half is used to buy back WIN. All WINs and NFTs spent by players who own two racing horses will be burned if they obtain a rare breed foal.

Because of its innovative game mechanism and sound economic system, WIN NFT HORSE was already well-known in and outside the industry before its launch. It was predicted to be a rising GameFi powerhouse capable of competing with the best AAAA games on the market.

GameFi has made significant progress in a short period of time thanks to the development of scaling solutions such as Ethereum’s Layer 2 and side chains, as well as the combination of Play-to-Earn and guilds. Aside from Ethereum, leading public chains such as BSC and TRON are all expanding their gameFi presence. TRON’s leading position in the GameFi field is attested by WIN NFT HORSE’s IGO on Binance NFT.

From 12M Street NFTs to 18.5M in Less Than 3 Months – DecentWorld Expands Its…