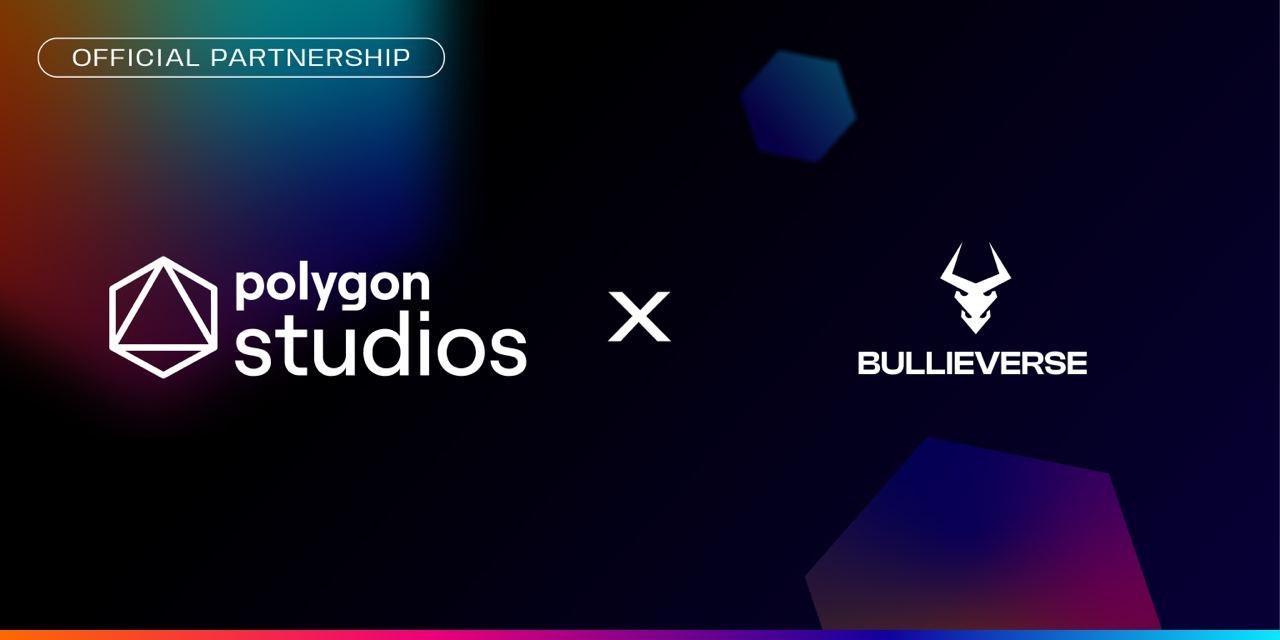 Bullieverse, a 3D metaverse world that runs on Unreal Engine, has announced its partnership with Polygon.

On the 25th of February, Polygon announced their partnership with Bullieverse. The addition of Bullieverse into the Polygon ecosystem will allow 3D gaming experiences onto the platform. Within the island location in the Bullieverse metaverse, users will be able to use their NFTs to play a range of PlayAndEarn games and generate an income.

Bullieverse is a virtual world where creators can take control of their gaming experience. Instead of providing a pre-set method of playing, users that participate in this metaverse experience will be able to publish their own minigames. The community will then be able to play these games, challenge their friends, and win out over their competition.

This original approach to gaming gives creators the power to create whatever they’d like, while intertwining play-2-earn elements that further increase the attraction of this platform.

Polygon is a decentralized scaling platform for Ethereum, allowing developers to create dApplications without the high transaction fees of traditional Ethereum building. With its focus on security and scalability, this Web 3.0 ecosystem is the perfect partner for Bullieverse, allowing them to push onwards with its creative development plans.

A central part of Bullieverse that has been drawing its player base is the thriving economy, with users being able to lend, buy, and sell digital assets within the platform. This monetary system has also recently received an expansion, with Bullieverse announcing their locked staking program.

Early backers of Bullieverse had an opportunity to stake their locked $BULL tokens with upto 100% APY.. The platform airdropped centralized tokens, $PBULL, which reflected the initial balance that the user previously had of $BULL tokens.

From there, users will be able to stake their currency for additional rewards and impressive APYs. Following traditional staking formats, Bulliverse is offering staking periods of 360, 90, 60, and 30-day lock-ins. The larger the period of days that a user stakes for, the higher their APY return will be, with highs reaching 100% returns.

By partnering with Polygon, Bulliverse allows users to change their default network to Polygon and connect their wallets. From there, they’ll be able to stake using their supported wallet, beginning to gain additional benefits for their provision of liquidity.

This staking program represents a new step for Bulliverse, using their partnership with Polygon to expand the functionality that’s available on this Web 3.0 platform. As Polygon brings additional chain functions to Bulliverse, Bulliverse brings play-2-earn gaming on a huge scale to this ecosystem.

This symbiotic relationship is beneficial for both parties, synergizing both platforms with a range of new user functions. 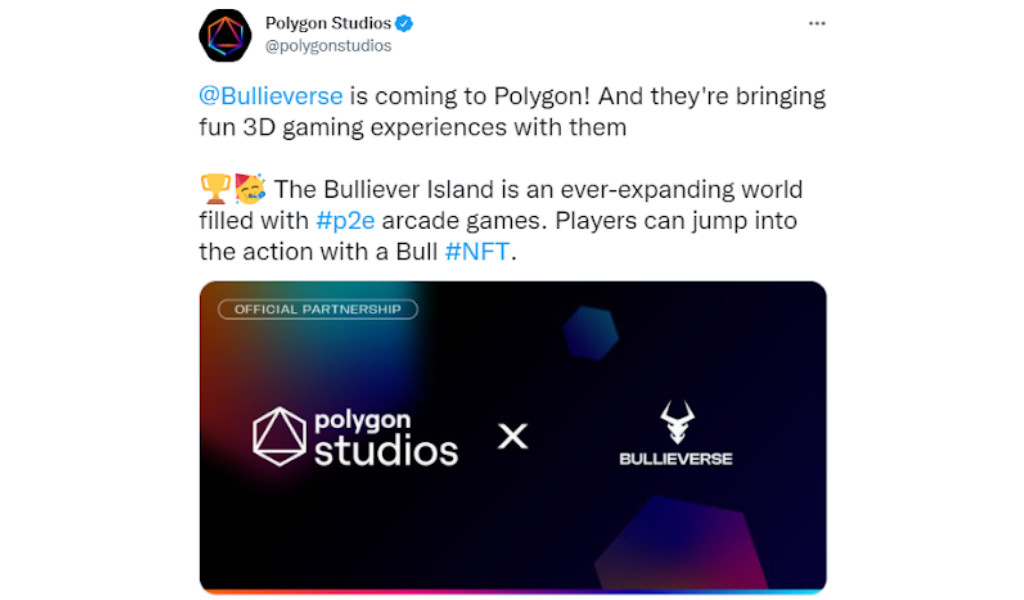 The $BULL token has also been picked up by a range of other services, like KuCoin and Huobi. Within these trading platforms, users will now be able to access and trade $BULL. KuCoin released $BULL on the 9th of March, allowing their users to get a piece of the total 1,000,000,000 supply.

Huobi also launched $BULL on the 9th of march, adding it to high-yield pools. Within Huobi, users are able to deposit for 7 days and get an 100% APY, or for 14 days and get a 300% APY. These impressive figures further demonstrate the exciting uptake of the token, with users of both platforms flocking to buy, trade, and stake $BULL.

Centered on Bulliever Island, Bulliverse is a system of play-2-earn games within one metaverse universe. This ecosystem is continually expanding, with new players joining the community, creating their own games, and monetizing them through P2E elements. Equal parts gaming and earning, this system allows the strong community that follows this project to become a citizen of Bulliever Island and begin to earn through their playing.

Polygon is an infrastructure development that allows for Ethereum scaling, solving the central problem of this blockchain’s scalability problem. Helping Ethereum to avoid their high gas fees and slow transaction times, Polygon’s SDK allows for additional interoperability and flexibility among chains. These capabilities have led Polygon to become the home for over 500 dApps with flexible frameworks, modular applications, and compatibility with other secured chains making this idea for development.