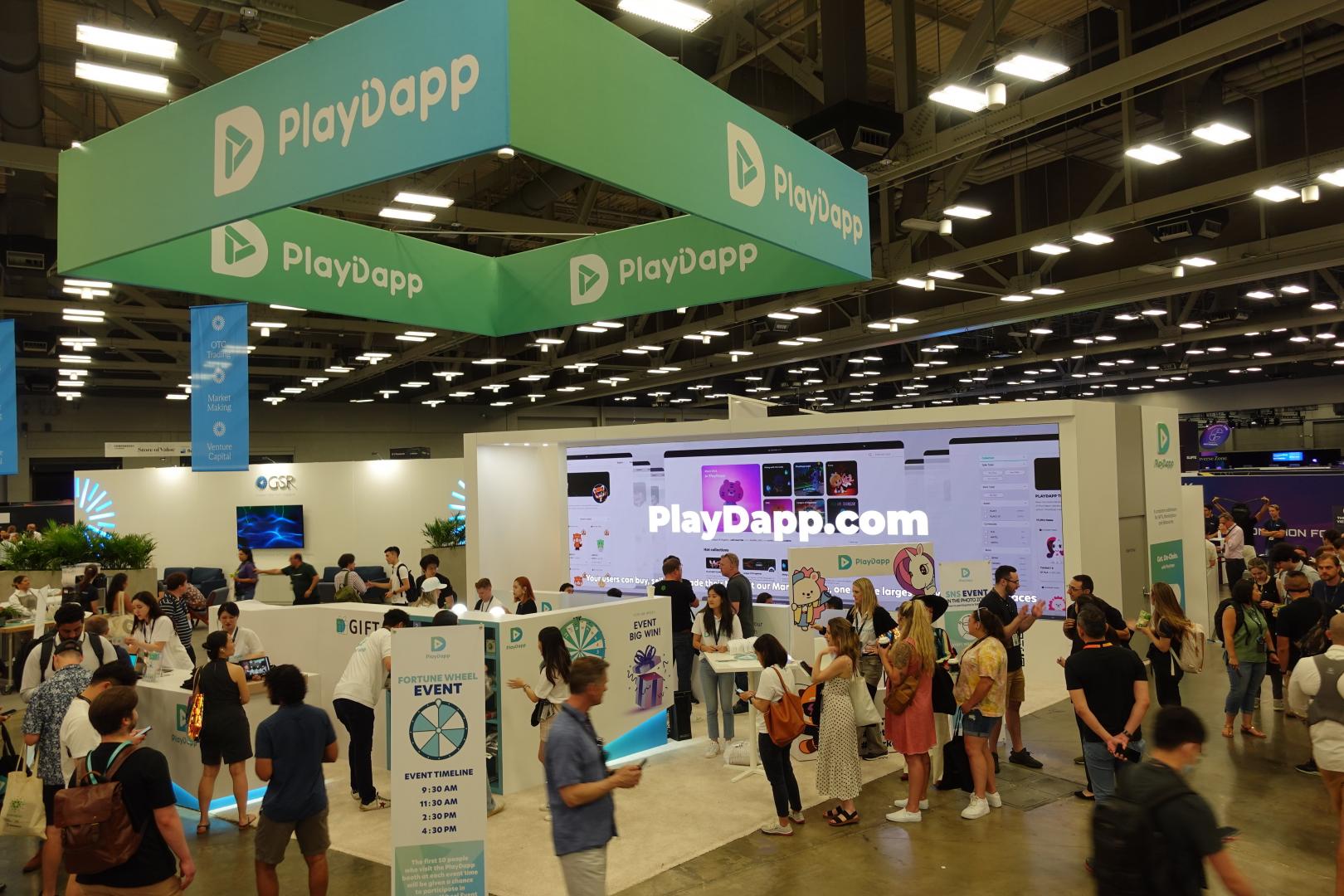 At The recent Consensus 2022 Conference, The Blockchain Middleware Provider Announced The Launch Of A Metaverse Virtual World, A New Play-to-earn Baseball Game And An Update On PlayDapp – IPX Partnership

PlayDapp has partnered with Samsung to create Metaverse Virtual World, which will be the first-ever metaverse experience of a theme park

Based on the largest theme park in South Korea – Everland Resort, the experience will allow users to explore the theme park and engage in several exciting activities such as participating in quests, taking virtual rides, partaking in water fights and many more. This collaboration represents a breakthrough in the development of blockchain technology and its potential applications. The teaser to the metaverse experience can be found here.

The home-run Derby baseball game allows users to create and deploy non-fungible tokens (NFTs) while earning coins through gameplay. With PlayDapp’s play-to-earn (P2E) system, the more users play, the more money they can potentially make. A sneak peek into the game can be viewed here.

With PlayDapp & IPX, users can select famous characters from Line Friends and customize their characters as per their liking. They can also own their creations as non-fungible tokens (NFTs) on the blockchain.  In addition, the characters created through this process will be interoperable in all PlayDapp games as well as its metaverse and ecosystem, thus representing a major advancement for character ownership and management on the blockchain. A short video to explain this new update can be seen here.

“We are thrilled to announce some of our major developments that will be a game-changer for blockchain. As a leader in blockchain technology in Korea, we want to revolutionize how users experience the metaverse and blockchain as a whole,” says Sang Chung, Head of Business at PlayDapp. “It is exciting to partner with some of the biggest players in the tech world, and create not one but three unique experiences for metaverse users,” he adds.

PlayDapp is a global blockchain middleware provider that provides companies with the opportunity across many different industries to integrate blockchain technology into their business models and easily turn their assets into Non-Fungible Tokens (NFTs). PlayDapp’s blockchain-based C2C Marketplace allows gamers and users to freely buy, sell and trade their digital assets with each other.

Exchanges in South Korea want self-regulation of the cryptocurrency market