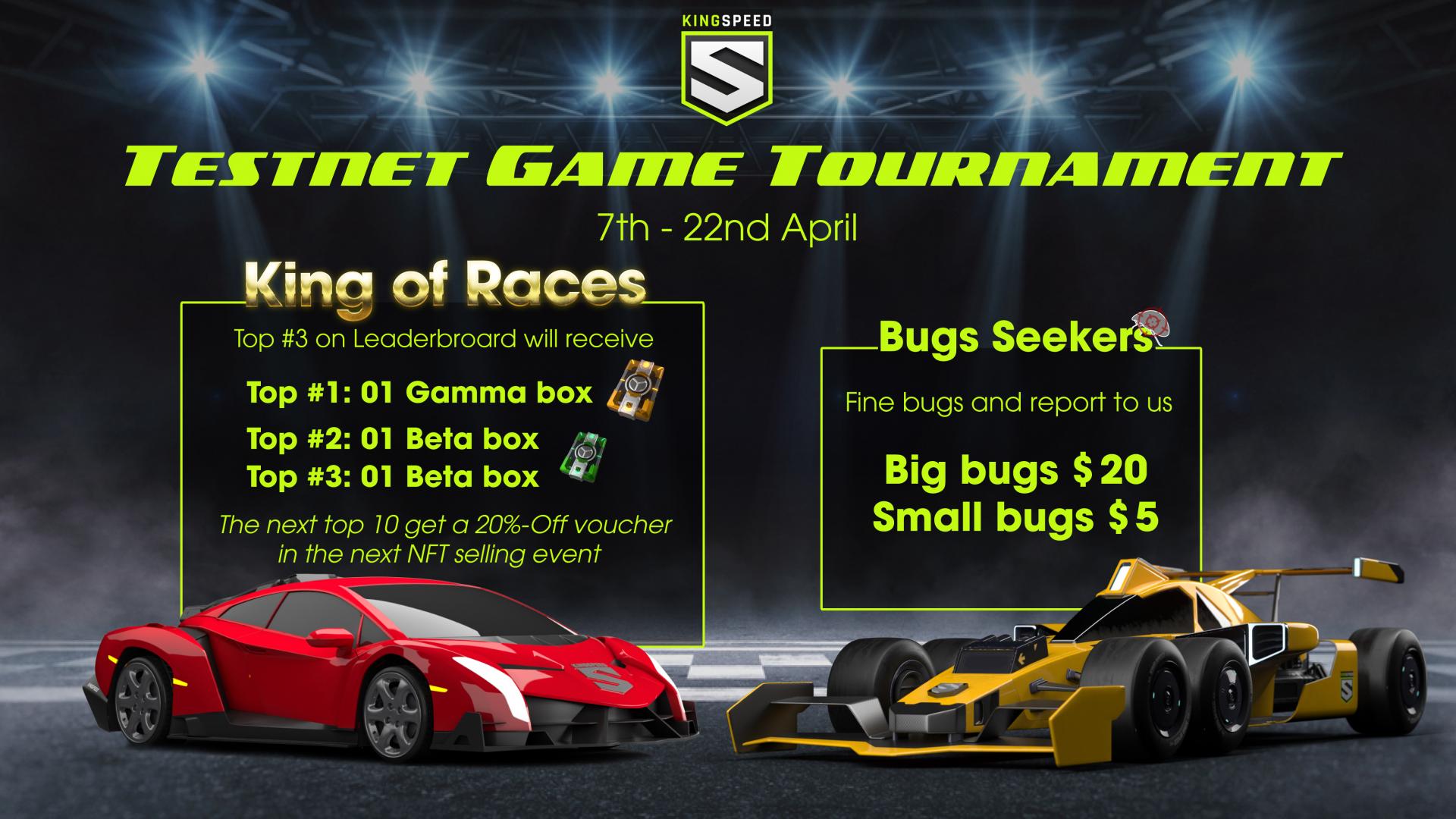 Kingspeed continues its success of the Beta Test by releasing a Testnet version.
The Testnet Tournament will last from April 7th to April 22nd and comes with a total prize of up to $5000.

In the Testnet Tournament, Kingspeed is bringing groundbreaking graphics that allow users to participate in the most thrilling races. Besides an attractive prize pool, users can also earn by defeating other players to earn gKSC (the gaming token version of KSC, with the same value as KSC). In each match, there will be 8 users participating, and the 4 fastest players will be the winners. These 4 players will be able to earn the most KSC.

There will be two competitions in this Tournament: The King of Races competition, where the 3 fastest players will get rewarded with the highest scores on the Leaderboard and will receive a loot box.  Gamma Box for First prize, 1 Beta Box for 2nd prize, and 1 Alpha box for 3rd prize. Lastly, the 10 following players will get a 20% discount voucher when purchasing any loot box.

The rank of players will be calculated by players’ total rank point from April 7th to April 24th. In each match, users will get a rank point based on their position in the match. See the photo below to see. 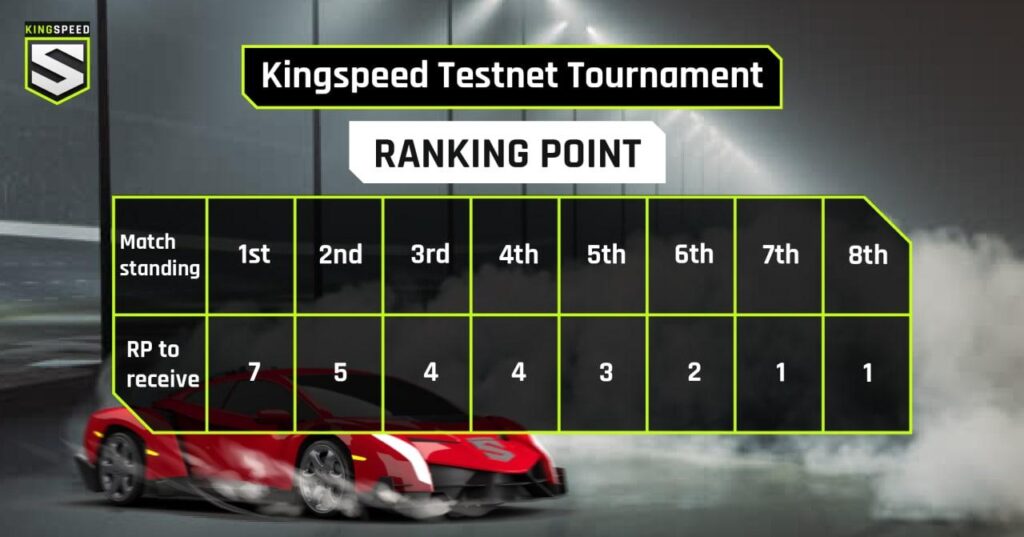 For our members who are tech-enthusiasts, we also have a competition for you: The bug bounty competition. Members will submit the bugs they find in our game through this link: https://bom.so/LUqdcC, and they will be rewarded $20 for big bugs and $5 for small bugs (these bugs will be verified by the KingSpeed IT team). 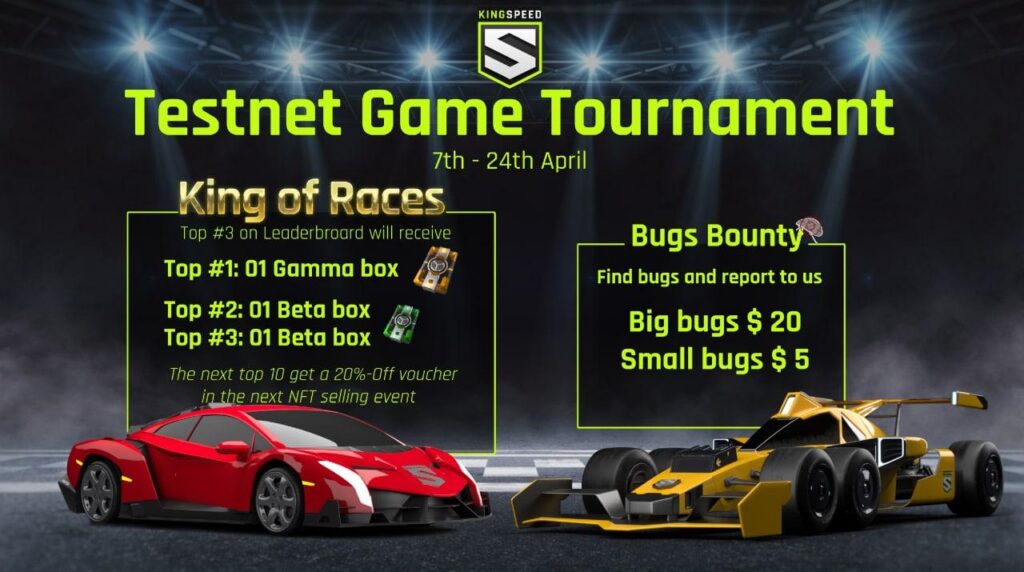 King Speed is a Free-to-play and Play-to-earn blockchain-based racing game where players use NFT cars and equipment to challenge other players In a huge and ever-expanding racing world that we created. In Kingspeed, users can collect rare virtual items including Cars, Drivers, Gears, and Race Tracks. Furthermore, they can use their collectibles to race in our racing games. The design of the collectible components of the game simulates traditional scarcity-based collecting games. Our racing game will contain multiple game modes and activities, allowing users to earn rewards while playing the game.

Bridge Network is Launching Its IDO on TDX Launchpad