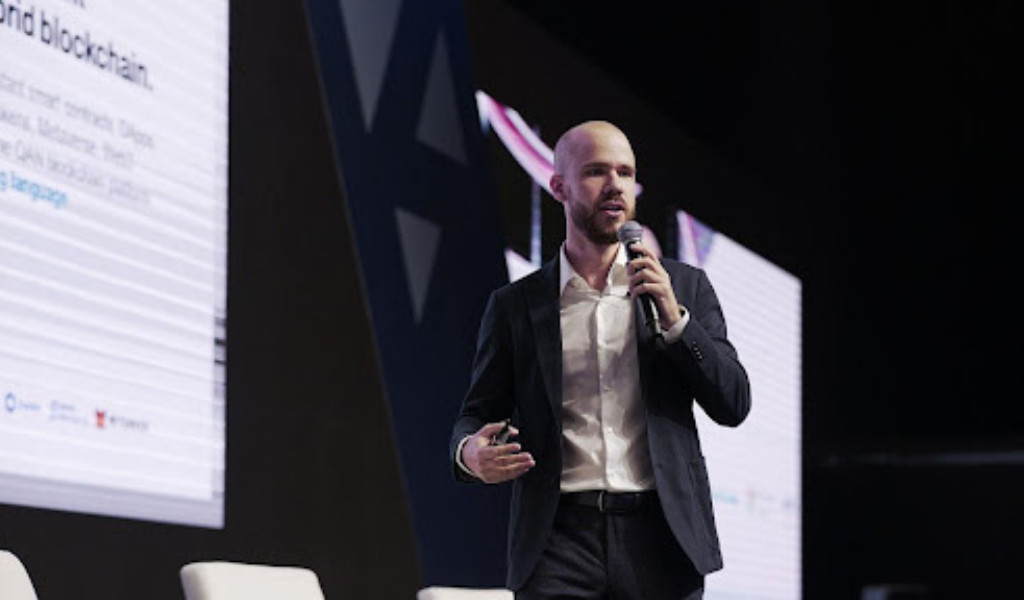 Johann Polecsak, Co-Founder and CTO of QANplatform gave a presentation on the main stage at the AIBC Summit in Dubai on the forthcoming threat posed by quantum computers to blockchain and cryptocurrencies. The quantum problem came to the forefront of the blockchain world in 2019, when Google announced its quantum computing breakthrough.

In his presentation “Will Quantum Break Crypto? The Truth,” Polecsak pointed out that the fact that quantum computers will break RSA and Elliptic Curve (EC) cryptography used by 99% of blockchain platforms is known, however, the industry is still recklessly neglecting the imminent threat.

“We are already having the wrong conversation in cryptography if we argue about whether we have one, three, or five years before quantum computers will break today’s security algorithms. We must always be ahead of the curve when it comes to cybersecurity, especially in the era of “Store now, decrypt later“. IBM’s 1,121 Qubit Condor could bring a big breakthrough, for example,” Polecsak explained.

The imminent threat by quantum computers is demonstrated by the fact that the US White House has set deadlines in January 2022 to prepare for the cybersecurity threat opposed by quantum computers. Agencies shall identify any instances of encryption not in compliance with NSA-approved Quantum Resistant Algorithms until 18 July 2022.

Johann Polecsak added: “One of the most important points people forget is that blockchains are decentralized by design. Centralized authorities like governments, companies can switch their IT security to post-quantum cryptography much easier. However, already running public blockchains (like Ethereum, Solana, Algorand, Cardano, etc.) can only switch to post-quantum cryptography with a hard fork which will lead to massive chaos.”

The quantum-problem timeline ranges from the denial phase when many well-known figures completely denied the problem to today’s confession phase, where current blockchains like Ethereum started to hire post-quantum cryptography experts in 2021. The next phase will be the instruction phase in 2022/2023 when already running public blockchains publish their quantum-resistant solutions and the migration process. This will be the hardest point because crypto users need to recognize, learn, and be capable of executing the migration of their cryptocurrencies. This could lead to chaos since crypto holders will need significant education about the problem to execute it without errors, but abandoned early miner wallets pose a bigger problem. Anonymity backfires at post-quantum migration because nobody can tell that the real owner or a hacker is migrating the funds. In this case, billions of “free money” could land in hackers’ hands if they start migrating on the real owners’ behalf.

QANplatform saw the threat coming earlier, so it could soon provide a solution to this cybersecurity problem. The QAN blockchain platform should be seen as a game-changer – offering the earliest quantum-resistant interoperability for crypto’s biggest ecosystem, Ethereum.

Already running blockchain projects or new ones that are in the making will be able to launch soon on a blockchain platform that is quantum-resistant from point zero – before the public blockchain launch.

Video link to the presentation: https://youtu.be/AYe33k4TUrM