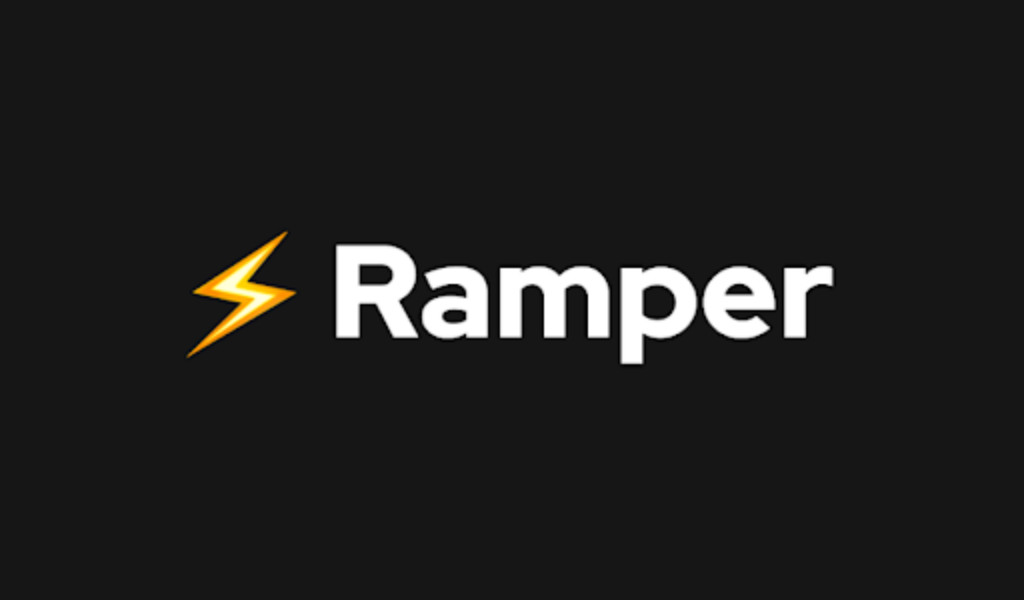 – Ramper, the SDK/API provider for building frictionless user-onboarding solutions on web3, today announced that it has raised $3M in Pre-Seed round of funding. Hashed led the round with participation from Terra, Polygon, Goodwater Capital, Samsung NEXT, Golden Ventures, R7 Partners, 500 Global, Maple VC, and other angels.

Ramper was developed to remove friction preventing the adoption of web3. “If the first step of onboarding is to connect-a-wallet, we’ve already lost all users. This is the state of web3 today. It’s a jarring experience for people that have never interacted with decentralized applications. At Ramper, we are building solutions to make web3 intuitive & user-friendly, removing friction that gets in people’s way.” – Sisun Lee, co-founder of Ramper.

As decentralized applications like DeFi, P2E games, NFTs, and DAOs start to create a new wave of crypto-native use cases, more mainstream users are being onboarded onto web3. The problem today with these applications is that users new to the crypto space are forced to take multiple steps elsewhere just to become eligible to sign up. There is a hurdle to download the right wallet client, install its supporting browser extension, store the private key, then transfer crypto into their wallet through an exchange, which they need to create an account for separately if they have not done so already. Access to web3 shouldn’t be this complicated.

Ramper is building a suite of SDK/API for developers to onramp users quickly. It solves for two use-cases. (1) It lets users login via email or other familiar login methods without the need to download wallets, install browser extensions, or store private keys. (2) It lets users convert local currency into crypto directly in-app without the need to create an account on a third-party exchange 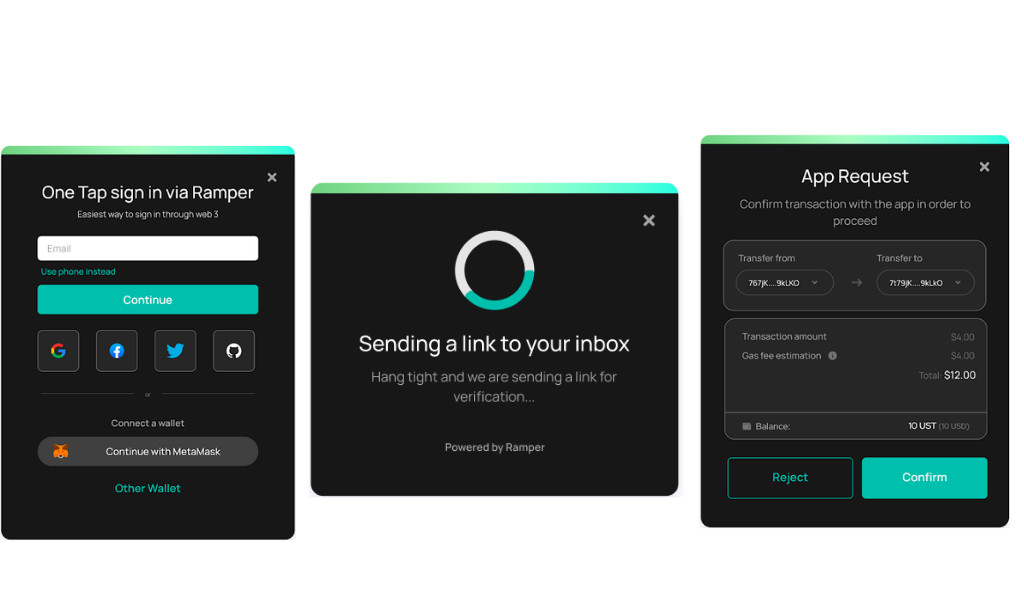 Ramper is currently only available on Terra with plans to support multiple chains in the near future, starting with Polygon & EMV-compatible chains. Ramper is currently offering a beta partner program for developers to use its product free of charge in exchange for product feedback.

There’s an immense gap between web3 adoption and the broader internet adoption today. Of the 5B active internet users that’s growing, only ~20M MAUs are using Metamask, the world’s largest non-custodial wallet. Coinbase, one of the world’s largest centralized exchanges, only has ~9M MAUs. “We imagine a world in which web3 is just like any other web applications — you just go and start using it seamlessly. To get there, we need solutions to make web3 user-friendly & accessible to all — enabling experiences that make digital ownership and identity truly human-centric.” – Sisun Lee, co-founder of Ramper.

“Ramper is here to support everything that is required to accelerate mass adoption of Web3. The access to opportunities in crypto is still limited to very few. It is not enough for the crypto industry to just have ‘bank the unbanked’ or ‘emerging markets adoption’ thesis. Ramper will do much-needed heavy lifting in removing friction points in Web3 adoption, one by one,” said Baek Kim, General Partner of Hashed.

“For the next generation of Web3 products to be successful, a seamless user experience starting with sign-on is essential. Delightful products that give the next billion users access to what the Terra blockchain can offer – from decentralized finance to the metaverse – need plug-and-play auth interfaces that work. We are excited to support infrastructure providers like Ramper that accelerate user adoption of applications built on Terra,” said Natalie Luu, Head of Ecosystem Development at Terra.

Ramper’s mission is to onramp the next billion users onto web3. Ramper was founded to make web3 user-friendly, letting everyone around the world gain access to web3 without having to go through its complexity. Its co-founders are Sisun Lee, Hoa Mai, Karl Jin, and Chris Yang. Sisun was previously an entrepreneur in residence at Hashed where he spun out Ramper. Previously, he was a co-founder & CEO of More Labs, a nation-wide consumer brand company, and was a product manager at Facebook, Uber, and Tesla. Hoa was previously a software engineer at Google, Apple, and Amazon. Karl was previously an engineering manager at Compass and MakeSpace. Chris was previously a software engineer at Toss.

About Hashed
Hashed is a global, multi-billion venture fund focused on backing founders pioneering the future of blockchain and cryptocurrency. Led by serial entrepreneurs and engineers, Hashed is expediting global blockchain adoption through strategic investments and community building. Based in Seoul, San Francisco, Singapore, and Bangalore, Hashed has cultivated industry-defining web3 founders around the globe by accelerating teams such as Terra Money, Axie Infinity, Klaytn(Kakao), Link(Line), and The Sandbox. Hashed additionally operates a metaverse studio UNOPND and a digital assets custody service KODA.

Chainalysis will provide free tools to help you comply with sanctions