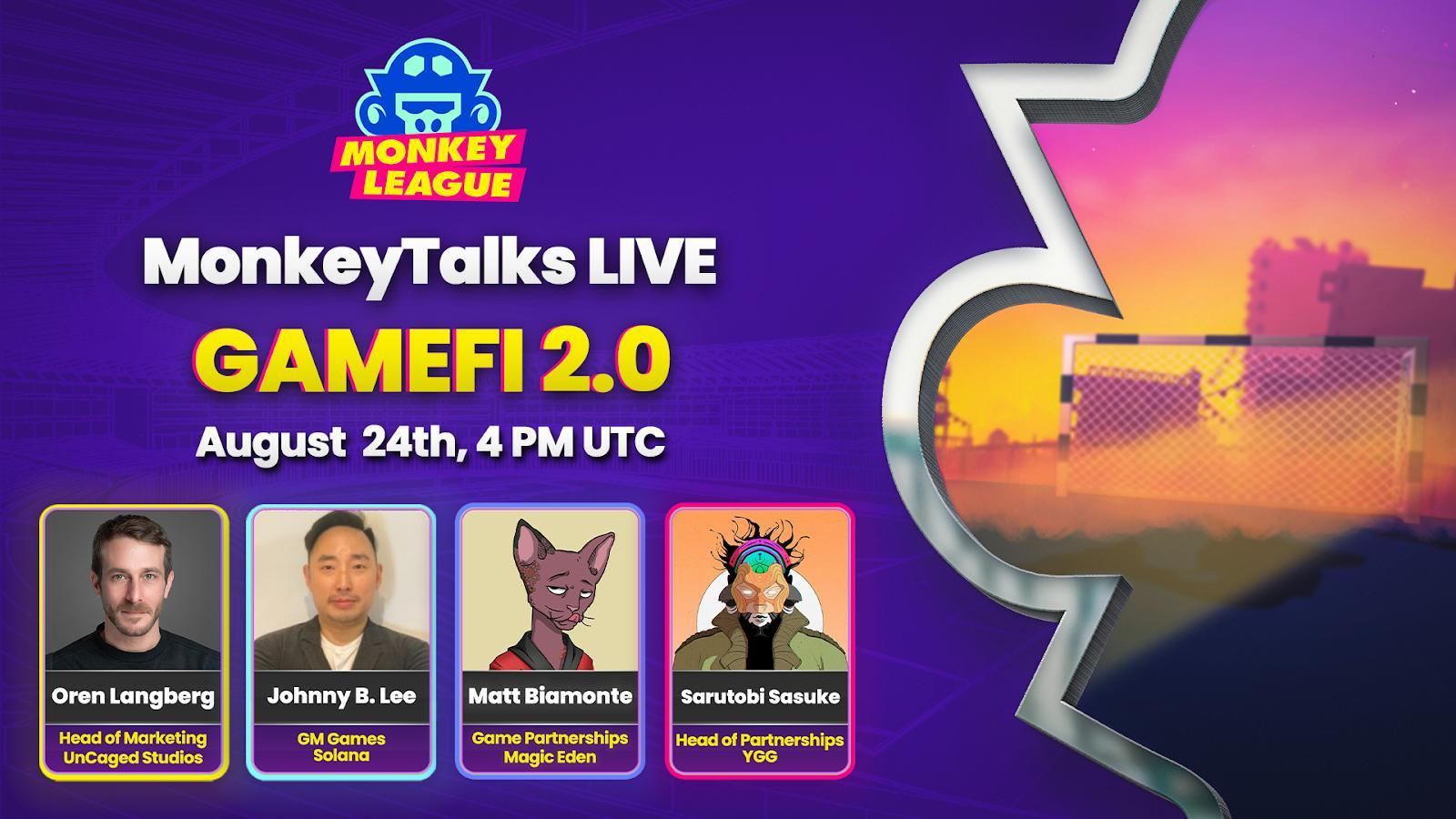 MonkeyLeague, a play-and-earn football game built atop of the Solana blockchain, announced that it’s hosting a number of Web3 industry leaders and influencers in an unscripted, roundtable chat that’s set to be livestreamed from its official YouTube channel on August 24th.

MonkeyTalks Live: GameFi 2.0 promises to be a lively debate that will see the guests share their views on a range of important topics, including the current and future state of Web3 gaming, the industry’s plans to bridge Web2 with Web3, and efforts to increase wider adoption of Web3 games and crypto in general.

Few individuals possess more intricate knowledge of the Web3 gaming industry than Lee, who most recently served as General Manager at Dark Horse Games, where he was in charge of its NFT product and blockchain games strategy, while simultaneously leading its IP licensing and first-party games development and production operations. As for Biamonte, he is a big part of Magic Eden Games, the up and coming gaming arm of Magic Eden, the #1 NFT marketplace on Solana.

As a true crypto OG with a wealth of knowledge and experience, Sasuke will bring a unique perspective to the roundtable discussion too. His role as Head of Partnerships at Yield Guild Games means he is better placed than most to understand the important role that gamer guilds and alliances will play in the future of web3 games.

MonkeyLeague is a fast, turn-based arcade style web3 soccer game that’s easy to learn yet hard to master. Players can build a dream team of at least 6 MonkeyPlayer NFTs, train them, play matches against real players, enter tournaments, and climb the league ranks!

The roundtable discussion will be streamed live via MonkeyLeague’s official YouTube channel on August 24 at 4 PM UTC, so be sure to tune in if you’re interested in learning more about how Web3 and crypto promise to shape the future of the video games industry.

MonkeyLeague is the next-gen web3 esports game that empowers players to Play, Compete, and Earn.

A new survey shows US, Ukraine, and the UK dominate in crypto adoption