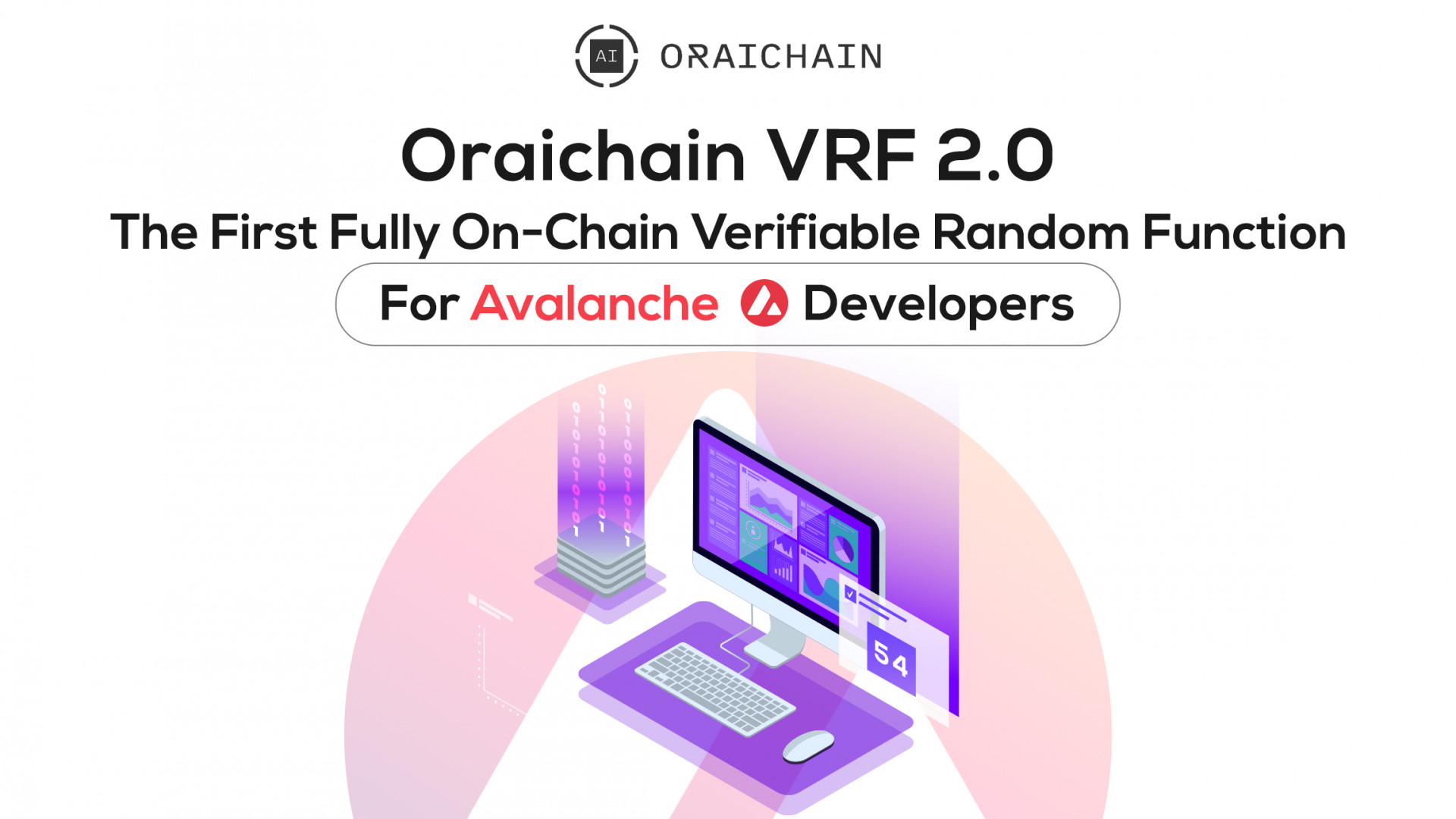 Decentralized applications can benefit from verifiable randomness generation in multiple ways. For instance, gambling protocols and DeFi platforms are always closely scrutinized by their users and magnets for hackers looking to exploit some kind of vulnerability. While solutions do exist, such as generating a random value through an API, these methods are vulnerable to known abuses such as rerolling or rewrite attacks.

With the debut of Oraichain VRF 2.0 on Avalanche, dApps running on the network can benefit from publicly verifiable random number generation that’s 100% tamper-proof and transparent, verifiable via a group signature verification process.

Whenever an Avalanche dApp makes a request for randomness with Oraichain VRF, the request will be emitted as an event from the Oraichain Mainnet via the Avalanche-Oraichain bridge. Oraichain VRF then binds a pairing-based threshold cryptosystem library to its smart contract to verify validator’s signatures, creating a group signature on-chain. It then generates a publicly verifiable random value that’s submitted back through the cross-chain bridge to the VRF contract and, from there, to the Avalanche dApp.

Oraichain VRF makes it possible for developers with only a limited knowledge of smart contracts to easily create and verify VRF values. Because each signature contribution from the VRF executors must be verified on-chain with Oraichain before it’s stored, they can be verified through a simple query to the VRF smart contract. As for publicly verifiable random value generation, this is available as a plug-and-play service to Avalanche dApp developers and can be used as necessary directly with Oraiscan.

Avalanche developers can easily integrate publicly verifiable randomness into all manner of DeFi and NFT applications, bringing fairness and transparency to NFT and token airdrops and many other use cases, such as creating unpredictable NFT game scenarios, match-making in games, selection of network validators and more.

“With the introduction of Oraichain VRF 2.0, for the first time ever, Dapps running on Avalanche are now provided with a fully on-chain VRF service that are publicly verifiable and impervious from known abuses like rewrite attacks or rerolling” – Oraichain CEO Chung Dao

Oraichain is an AI-Powered Oracle and Blockchain Ecosystem. Oraichain data oracle platform aggregates and connects Artificial Intelligence APIs to smart contracts and regular applications. Founded by Dr Chung Dao, Oraichain’s mission is to be the portal between AI and blockchain technologies, aiming to revolutionize the AI, DeFi, and Blockchain industries.

TRON Announces its Collaboration and Investment Initiatives in Suriname