A polished diamond valued at $4.3 million sold in cryptocurrency 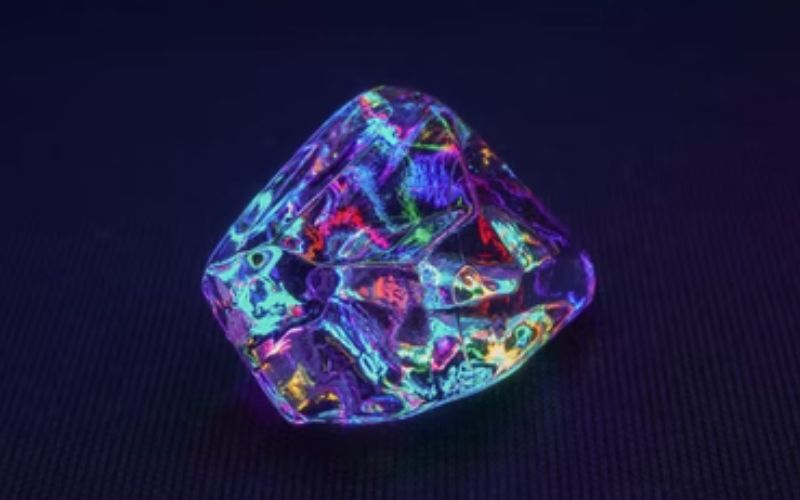 An incredibly rare black diamond known as “The Enigma” was sold for an excessive amount in the form of digital assets for $ 4.3 million. Richard Heart, the American entrepreneur who now owns the jewelry, renamed it “diamond HEX.com.”

When Sotheby’s announced earlier this year that it would hold an auction for a rare diamond weighing 555.55 carats that could only be acquired with cryptocurrency, the art industry took notice. The jewelry was auctioned off in London between 2 and 9 February. The auction was won by Richard Heart – a social entrepreneur, author, and philanthropist – who purchased it with digital assets worth $4.3 million.

The American is a veteran of cryptocurrencies. He founded blockchain company HEX. In a recent tweet, the 42-year-old said the jewelry would henceforth bear the name of his entity – “HEX.com diamond.” However, he did not reveal the type of cryptocurrencies he used to buy.

Unlike most diamonds discovered deep within the earth, this one was discovered on the surface, and this suggests that it may have originated in space.

This specific type of black diamond is thought to have arisen either from meteorite impacts producing natural deposition of chemical pairs, or from extraterrestrial origin. From supernova explosions that formed diamond-bearing asteroids that eventually collided with Earth.

Experts have estimated that a diamond could be between 2.6 and 3.8 billion years old. In its raw form, the jewelry weighed more than 800 carats.

Read Also: Uber will accept bitcoin when it gets more eco-friendly